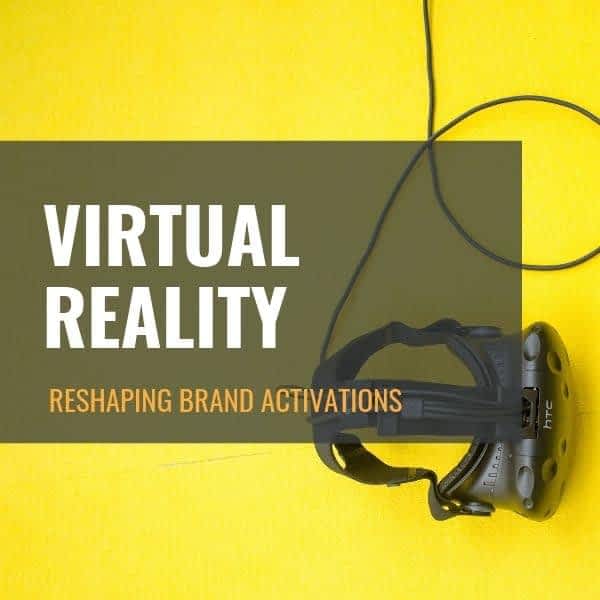 Call it a buzz word, call it a buzz trend or an ephemeral tech, but virtual reality is a reality we need to all sit up and take notice of. Whatever you call it, it is time acknowledge how VR is reshaping brand activations and the way they’re impacting the overall marketing space.
And now more than ever, it’s time to embrace AR and VR for brand activation. We see VR as a space to create extraordinary brand experiences; a really ripe and an opportunist time to investigate, embrace innovation and get things right. So, put on those metaphorical VR goggles and let’s take a look at the topic through that lens.

Not only are consumers primed for brand interaction (in fact, they are actively seeking it) but they’re also leaning toward the technology that has evolved in the brand activations space. It’s a break away from the norm, it’s an exciting glimpse into the impossible, it’s a trip to a place that’s far from reality but yet so easy to reach. Not only do virtual reality activations help build positive brand perception, but they’re giving people an opportunity to actually experience a brand. First hand. Literally. This is something in advertising that’s been lacking for a long time, and quite frankly causing a rift and active improvement in consumer trust and brand advocacy.

In the past, we were perhaps hindered by the traditional model of advertising, not knowing exactly what was converting from an ROI perspective, what was being good bang for buck and what was actually converting consumers to avid fans. It was a one-way street. But now, with virtual reality and activations, we are able to literally construct worlds in which we can ask our customers to actually partake. We can take them on a close-to-physical-journey to brand advocacy.

But wait, hold up. Let’s start off with a clear picture of what VR actually is. Spoiler alert! It’s a world that one creates in a virtual or digital space. But what it allows is the opportunity for people to experience it, and we mean REALLY experience it. By doing so, they’re able to become brand ambassadors for what you’re offering because they’re technically “been there, done that” … maybe got a virtual t-shirt? So, in essence, virtual reality taps into what we guess one could call the potential consumer – people who would have otherwise not been able to experience what you have to offer or show if it weren’t for the tech that allowed it. And it’s more powerful that way. Why? Because the convincing is not up to you. It’s up to their experience and it’s up to your product or brand to show up in all its creative and marketing integrity, to ultimately convert.

The truth? So much. In fact, an almost unimaginable amount. For example, instead of having to employ a bunch of people to stand by and take data manually, you could just offer an incredibly immersive VR experience where their takeaway becomes so much more valuable that they walk away as walking/talking “brand ambassador” of sorts. Their word and their loyalty become a means for onboarding new customers. Now, isn’t that something to remember? When one gets those types of experiences right and you leave people with memorable moments, lasting customer- or kick-ass brand experience interactions, that’s when things like loyalty and long-term impact start to kick in. But with VR it so much more of a richer experience, so much more of a richer and more tangible opportunity. Oh, and V-commerce? It’s totally a thing. But we’ll cover that soon.

Yes, yes, the point we are making in this blog post is about Virtual Reality, but as lovers of innovation across the board it would be remiss of us not to mention the impact of augmented reality in the activations space. After all, it’s such a close sibling, isn’t it? An interesting point made in this post about the challenges and opportunities of AR & VR in 2019 (and yes, we caveat these facts are for a UK and US market), was that 65% of consumers say they’re aware of AR, whole a healthy 90% (!) say they’re aware of VR. There’s never been a better time embrace AR (and VR) in the brand and event activation space.

GET IMMERSIVE, OR GO HOME

The golden ticket is to be able to enhance experiential marketing through VR. People are so ready to allow this type of immersion, this type of creative “intrusion” into their lives. One which often involves some type of digital interaction (we could mean the sharing of email addresses, survey info or even product preference but let’s be honest, every insight counts!)

Off the cuff, it’s also easy to say just how much potential VR has in the social media space alone. Consider gaming, video and TV content. Think about how simple tool suites created by Facebook and Snapchat are slowly starting to unleash in automatic/programmatic spaces, giving way for people to engage with their ads. It’s both scary but enthralling. After all, a lot of revenue is delivered off engagement, right?

WHERE TO, NEXT FOR VR?

The reality (from where we are sitting) is that one of the biggest challenges of VR uptake in a brand activation space, is society’s uptake of VR in return. Across platforms and beyond just simple ages or behaviours. The reality is that not everyone can benefit from or enjoy VR. Yet. Because of its technical capabilities, it’s exclusive to an extent (with some specific attention paid toward uptake in particular spaces like the traditional – and non-traditional – sports spaces). So yes, it’s a high end-market that VR is speaking to but in a market like South Africa where innovation shows up in the most un-traditional ways, it’s a market we’re willing to sit up and listen to. How about you? If you’d like to explore the VR space, we’d like to explore it with you. Get it touch with one of SA’s leading activations agencies today. 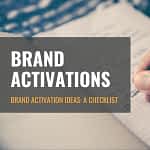 Event management:the importance of ‘Plan B’

The Key To A Successful Brand Activation

Get Experiential Marketing For Holiday Engagement